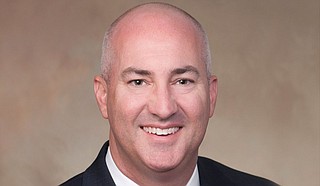 JACKSON, Miss. (AP) — Gov. Tate Reeves' chief of staff has been appointed to lead the Mississippi Department of Transportation.

The Mississippi Transportation Commission unanimously voted Wednesday to appoint Brad White as the executive director of the agency, effective July 1.

“Brad has a proven track record in managing government affairs on the federal level as well as the state level,” the commission's chairman, Tom King, said in a news release. “He brings a wealth of knowledge of the legislative process and staff management. He will certainly be an asset to MDOT and we look forward to working with him to move Mississippi’s transportation infrastructure forward.”

“I feel in some ways like I’m coming home. MDOT has always been a special place for me,” White said.