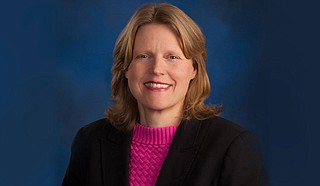 Melinda McGrath, the leader of the Mississippi Department of Transportation, is retiring March 31. Photo courtesy MDOT

JACKSON, Miss. (AP) — The leader of the Mississippi Department of Transportation is retiring March 31.

Melinda McGrath is an engineer who has worked for the department for 36 years. She has been executive director the past 10 years.

News outlets reported that she met with the elected transportation commissioners on Tuesday and told them she would step down at the end of the month.

The commissioners had nominated her to remain as executive director until April 2025. But with the legislative session entering its final weeks, McGrath's nomination had not yet advanced through two Senate committees.

Commissioners issued a statement praising McGrath, saying she has worked to provide “a safe, efficient and effective transportation system." McGrath is the first woman to have been chief engineer and executive director of the department.

“She set a high standard for excellence in engineering, integrity and transparency — not only at MDOT, but also nationally,” commissioners said in the statement. “Melinda has served as a mentor to many young engineers and other young professionals here at MDOT, as she has always encouraged and demanded teamwork and professionalism.”