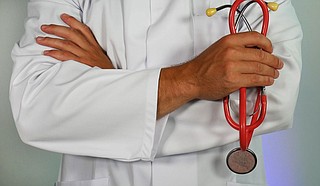 A new law signed Thursday by Gov. Tate Reeves will allow people who move to Mississippi from out-of-state to maintain their professional licenses. Photo by Online Marketing on Unsplash

JACKSON, Miss. (AP) — A new law signed Thursday by Gov. Tate Reeves will allow people who move to Mississippi from out-of-state to maintain their professional licenses.

House Bill 1263 requires licensing boards to issue occupational licenses for professions without new testing or classroom training if a person held a license in good standing from another state for at least one year. The new rule will take effect on July 1.

Professions covered under this legislation include nursing and architecture.

Licensing boards will also be required to issue licenses if a person has worked at least three years in a state that did not require a license for their occupation.

Russ Latino, president of Empower Mississippi, an organization that lobbied for the law's passage, said Mississippi is the first southern state to approve universal license recognition.

“While much remains to be done to make our home the most job-friendly state in the country, the Governor and leaders in the legislature are to be commended for entering the race toward competitiveness with great gusto," Latino said in a statement.