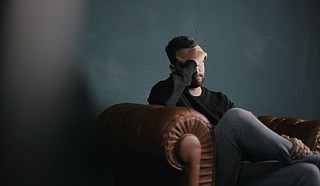 The Mississippi Department of Mental Health says it is fulfilling requirements to provide community-based services, and it is asking a federal judge not to order the state to make changes in its mental health system. Photo by Nik Shuliahin on Unsplash

JACKSON, Miss. (AP) — The Mississippi Department of Mental Health says it is fulfilling requirements to provide community-based services, and it is asking a federal judge not to order the state to make changes in its mental health system.

The federal government issued a letter in 2011 saying Mississippi had done too little to provide mental health services outside mental hospitals. The Justice Department sued the state in 2016. After a 2019 trial, U.S. District Judge Carlton Reeves ruled Mississippi “operates a system that unlawfully discriminates against persons with serious mental illness.”

Attorneys for the Department of Mental Health wrote in court papers filed Friday that “even if the Court remains of its prior view on liability based on the evidence at trial, the Court still should order no relief because Mississippi is now in substantial compliance with Title II of the Americans With Disabilities Act ... and has addressed or will imminently address the violations the Court believed to exist.”

The Justice Department is supposed to file papers later this month responding to what the state said Friday.

Federal attorneys said during the trial that mentally ill people were being held in jails because crisis teams didn’t respond. They said people had been forced to live far from their families because mental health services weren’t available in their hometowns. They also said people made repeat trips to Mississippi mental hospitals because there was no effective planning for them to make a transition to community services, and the most intensive kinds of services weren’t being made available.

In early 2020, the judge named an expert with 40 years' experience as a special master to oversee discussions of improving Mississippi's system.

In the papers filed Friday, the department said Mississippi had eight Program of Assertive Community Treatment teams as of Dec. 31, 2018, but now has 10. It said the teams facilitate "community living, psychological rehabilitation and recovery for people who have the most severe and persistent mental illnesses ... and have not benefitted from traditional outpatient services.”

The department said Mississippi had no Intensive Community Outreach and Recovery Teams at the end of 2018 but is developing 16 teams. It described those as "intensive, community-based rehabilitation and outreach service for adults with a severe and persistent mental illness.”

The department said Mississippi “will fund and sustain 35 full time” of intensive community support specialists, although workforce turnover could cause the number to fluctuate.

The department also said Mississippi has and will sustain at least one Mobile Crisis Team in each of the 13 mental health regions.

“Mississippi will maintain its regional crisis hotlines that are staffed 24 hours per day, seven days per week, with staff who assess a crisis by phone, assist with immediate stabilization efforts, and help a caller identify and connect with ongoing local services,” the department said.

According to the court filing, Mississippi has crisis residential services available for every region except Region 11, which is made up of Adams, Amite, Claiborne, Franklin, Jefferson, Lawrence, Pike, Walthall and Wilkinson counties. The department said it will make money available for residential services for up to 12 people at a time in Region 11.

Joy Hogge is executive director of Families as Allies, a mental health advocacy group in Mississippi. She told The Associated Press on Monday that after reading the state's latest court filing that she still has questions about people's access to mental health services outside of mental hospitals.

“They can say on paper that more services exist, but whether or not people are getting those services or whether or not they benefit from them ... we don’t know,” Hogge said. “If that data exists, I haven’t seen it.”

Hogge also said the state needs a formal structure between the Department of Mental Health and the Division of Medicaid because many mental health services are paid by Medicaid. She said current coordination between the two programs is "dependent on the goodwill of the people working there,” but that could change later.