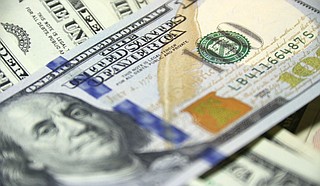 A nonprofit group and a debtors' union have bought and erased private probation debt for about 20,500 people in Mississippi and Florida, sending letters that told them the news and sharply criticized “abusive debt collectors.” Photo courtesy Vladimir Solomyani on Unsplash

JACKSON, Miss. (AP) — A nonprofit group and a debtors' union have bought and erased private probation debt for about 20,500 people in Mississippi and Florida, sending letters that told them the news and sharply criticized “abusive debt collectors.”

The nonprofit Rolling Jubilee Fund said Friday that it worked with the Debt Collective to buy nearly $3.3 million of private probation debt on the secondary debt market for $97,922. The groups forgave all of the debt. The Debt Collective is a union of debtors working to abolish many kinds of debt and reform financial systems.

“Across the country, courts have outsourced probation to private companies who charge fees for their ‘services.' With very little oversight, these companies often act like abusive debt collectors while those unable to pay run the risk of imprisonment,” said the letter dated Oct. 6.

The average individual debt erased was $159, said Braxton Brewington, press secretary for the Debt Collective. Most of the forgiven debt was for people in Mississippi.

Part of the condition of the debt purchase was that neither the Debt Collective nor The Rolling Jubilee Fund could reveal the name of the private probation company that sold the debt, the Clarion Ledger reported.

In Mississippi, private probation companies often work with courts to provide monitoring for people convicted of DUI or traffic infractions, among other misdemeanor offenses. The companies charge the offender a supervision fee — usually $50 a month — on top of court-ordered fines. Failure to pay the supervision fee can result in jail time, even if a person pays other court-ordered fines.

Most buyers on the secondary market are looking to collect the debt they bought for a discount and turn a profit. Thomas Gokey, a Debt Collective organizer, said that practice “really casts a harsh light on the morality of debt."

“There’s this idea that you have to pay. You must pay," Gokey said. "But what do you really owe an investor who purchased your debt as an investment vehicle for 4 cents on the dollar?”

A political action committee led by prominent Democrat Stacey Abrams recently donated money to the nonprofit organization RIP Medical Debt to purchase and erase medical debt with a face value of $212 million that is owed by 108,000 people in Georgia, Arizona, Louisiana, Mississippi and Alabama.