Many in Mississippi's Capital Left With Little or No Water 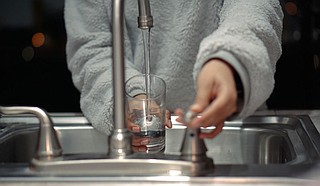 Residents of Mississippi’s capital city are being warned to boil water before using it because of low pressure in the aging water system. Photo courtesy Shttefan on Unsplash

JACKSON, Miss. (AP) — Residents of Mississippi’s capital city are being warned to boil water before using it because of low pressure in the aging water system.

The citywide alert was issued after a problem occurred during the weekend at one of Jackson's water treatment plants, WAPT-TV reported. Charles Williams, the city’s chief engineer, said the issue was resolved but it had drained the storage tanks.

Pressure dropped after the city cut off treatment at one of the plants after a worker discovered a bad batch of treatment chemicals were used, WLBT-TV reported. The worker found the problem Sunday, but the pressure did not drop below the threshold until Monday evening.

About 10,000 to 15,000 customers were temporarily without water Tuesday. Several Jackson schools shifted to all-virtual classes for Tuesday because they lacked water.

The problems arose as the administrator of the Environmental Protection Agency, Michael Regan, toured Jackson on Monday to examine the problems with the city's water infrastructure. It was the first of several stops Regan is making to historically marginalized communities in the South.

“The day after I visited Jackson, Mississippi, the city is on a boil notice and many students can’t go to school due to water issues,” Regan wrote Tuesday on Twitter. “This is exactly why I’m on this #JourneytoJustice tour. And why we need the resources in the Bipartisan Infrastructure Law to protect communities.”

The water pressure problem could affect businesses and schools over the next couple of days, officials said.

When a severe cold snap hit large parts of the South early this year, parts of Jackson’s water system froze. That left thousands of customers without running water for weeks, forcing some businesses to close. Once service was restored, some customers still had to boil water for a month.