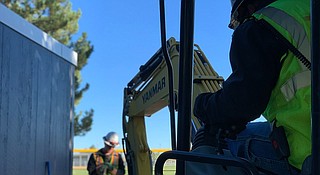 Jackson city leaders have approved a plan to increase pay for workers at its water plant. Photo by Troy Bridges on Unsplash

JACKSON, Miss. (AP) — Jackson city leaders have approved a plan to increase pay for workers at its water plant.

Jackson City Council members on Tuesday approved the plan aimed at shoring up the workforce for the aging water system, WJTV reported.

The goal is to implement the pay increases by the end of 2021.

Water outages have bedeviled Mississippi’s capital city in recent months. Jackson residents lost water service for weeks after freezing temperatures in February, and those with running water had to boil it because of the danger of contamination.

It was one of multiple times that residents lost water service or had to boil water due to low pressure in the system.