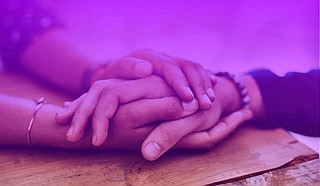 Dr. Wendy Mahoney, the executive director of Mississippi Coalition Against Domestic Violence, says the nation has a serious problem with economic inequality due to the wage gap between men and women. Domestic-violence survivors’ suffer more than other women partly because of low wages, which directly affect their economic security and independence. Photo courtesy MSADV

Domestic violence is an oppressive act with many harmful effects.

Imagine your partner abusing and tearing you down. Then, imagine freeing yourself from the abuse just to find out that the economic system is equally oppressive. For a victim, freedom from abuse isn’t quite free when your wages do not cover your basic needs. This must stop. Are we living in a different century?

Domestic and dating violence, or intimate partner violence, referred to as IPV, is a common reality that has short- and long-term negative effects on survivors’ economic security and independence. Survivors’ economic needs often drive them to stay with abusers longer, leading to increased economic abuse, injuries and even fatalities. 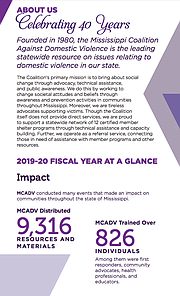 Domestic violence has economic impacts on survivors throughout their lifetimes. Additionally, women living in poverty experience domestic violence at twice the rate of those who do not, which furthers the causal relationship between abuse and economic hardship.

A survivor may be forced to stay with an abuser due to concerns about economic stability and the impact of the gender wage gap. The National Intimate Partner and Sexual Violence Survey of 2012 says that three out of four victims stayed with their abusers longer for economic reasons. Of the 85% of victims who returned to their abusers, a significant number attributed an inability to control and manage their finances. Equal pay would cut poverty among working women and their families by more than half, adding approximately $513 billion to the national economy.

The pay gap for Black women in Mississippi is even more dire, 56 cents to the dollar. Like all women, survivors of domestic violence (who are predominantly women), would benefit from equal-pay initiatives. Survivors’ ability to gain financial stability and independence is hindered as long as women make less than men for performing the same work. This is why survivors often have to rely on financial support from an abuser longer than necessary.

Low-Wage Workers Are Prone to Exploitation

Increasing the minimum wage will also better enable survivors, and all women, to build assets to help them and their families meet daily and long-term needs. A low minimum wage disproportionately affects women because women, especially women of color, are more likely to hold low-wage jobs than men. 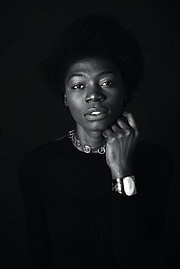 Wage inequality makes it difficult for domestic-violence survivors to earn livable wages for a single earner. Pay equity benefits all families, but is especially crucial for families in crisis who rely on the wages of a single earner. When survivors of domestic violence have stable access to resources that help them build economic resiliency, they and their families are more likely to remain safe and secure. It just makes sense because survivor safety is directly linked to survivor economic security.

As the executive director of Mississippi Coalition Against Domestic Violence, I need you to look at the facts in supporting equal pay. The benefits are clear.

Take a stand, communicate the impact and work with local organizations to support this cause. Know that together, we have the strength! Let’s put an end to economic inequality.

This MFP Voices essay does not necessarily represent the views of the Mississippi Free Press, its staff or board members. To submit an essay for the MFP Voices section, send up to 1,200 words and factcheck information to [email protected]. We welcome a wide variety of viewpoints.