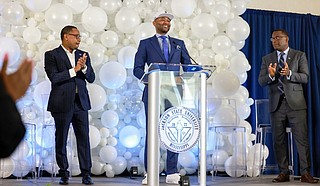 By the conclusion of the 2021-2022 season, Jackson State University head basketball coach Wayne Brent’s plan to retire had been public information. Brent became the JSU head coach in 2013 after a successful career as a high-school coach and an assistant coach at the University of Mississippi.

In his nine seasons with the Tigers, Brent amassed a 115-153 overall record and a 85-76 record in the Southwestern Athletic Conference. Brent won one SWAC regular season championship in 2021.

In his two seasons at Alabama State, Williams had a 13-35 overall record and 12-24 SWAC record. He was an assistant coach at California State University at Northridge for two years before becoming the head coach at Alabama State.

Williams enjoyed a 14-year NBA career that included being a one-time NBA All-Star in 2009 and winning a NBA Championship in 2016. He began his professional career with the Utah Jazz but would only play there for his rookie season.

His most successful seasons came with the Cleveland Cavaliers. Williams had two stints with the Cavaliers and in his first time with the team he would make his lone All-Star team in 2009.

Williams would play for the Cavaliers and win his lone NBA title with the team. It is a historic championship as Cleveland came back from a 3-1 deficit to defeat the Golden State Warriors.

Before going into the NBA, Williams went to the University of Alabama where he was successful there. He helped the Crimson Tide win the SEC regular season championship his freshman season of 2001-2002.