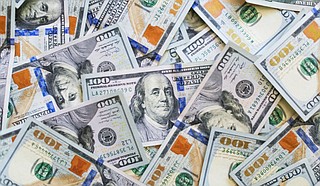 Mississippi legislators worked on budget proposals Monday after missing deadlines because of a long dispute over a tax cut plan. Photo courtesy Giorgio Trovato on Unsplash

JACKSON, Miss. (AP) — Mississippi legislators worked on budget proposals Monday after missing deadlines because of a long dispute over a tax cut plan.

They were also negotiating final versions of several bills, including one to revive an initiative process so people could petition to put proposed laws on the statewide ballot. The state Supreme Court ruled in May that Mississippi's previous initiative process was invalid because it required petitioners to gather signatures from outdated congressional districts.

The new state budget year begins July 1. Legislators were supposed to file final budget bills Saturday, but talks bogged down until they finished their work on the tax cut.

The House and Senate passed a bill Sunday to provide the state's largest-ever income tax cut. It will go to Republican Gov. Tate Reeves for his signature in the next few days.

Legislators are expected to spend between $6 billion and $7 billion of state money, plus billions more in federal money, in the new budget year — an increase over the current year, but not a substantial one.

The House and Senate also must agree on plans to spend part of the $1.8 billion Mississippi is receiving from the federal government for pandemic relief. Much of that money is expected to go to infrastructure projects, such as expansion of broadband in rural areas and improvements for water and sewer systems around the state.

House Speaker Philip Gunn, a Republican from Clinton, said legislators will probably spend about $1.3 billion to $1.4 billion of the federal relief money. He said the rest would be set aside “just for the unknown."

Some of the relief money would go to cities or counties with the expectation that those local governments would put $1 into infrastructure projects for every $1 of federal money they receive through the state, said House Speaker Pro Tempore Jason White, a Republican from West. Cities and counties have also received their own direct payments of federal pandemic relief money, and that cash could be used to match the dollars coming through the state.

Rural water associations have not received federal relief money, but those associations could apply for part of the state money, White said.