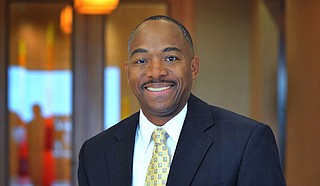 Benchmark Litigation, a publication established in 2009 that covers the top law firms and attorneys in the United States, recently named Orlando Richmond Sr., a partner in the Butler Snow law firm, as one of its top 100 trial lawyers for 2019.

Richmond has practiced law for more than 30 years and has been a partner with Butler Snow since 2007. He primarily deals in mass tort litigation in Mississippi and largely across the nation, which involves cases in which large numbers of plaintiffs file suit against companies for claims where they have been allegedly injured by pharmaceuticals or medical devices.

Born in Fort Wayne, Ind., Richmond moved to Mississippi with his family when he was 14 and graduated from Holly Springs High School. He enrolled at Jackson State University and received a bachelor's degree in political science pre-law in 1986. While at JSU, he served as the university's student government president.

"Going into law was something I wanted to do since I was in sixth grade, when I would watch Perry Mason and similar shows on television," Richmond says. "I remember one of my sixth grade teachers once had asked all the students in class to make silhouettes of ourselves and write the profession we wanted to pursue as an adult under them. I wrote 'attorney' under mine, and every day that year when I looked at my silhouette on the wall, it served as a tangible encouragement for me."

Richmond entered the Marine Corps while attending JSU and received a commission as a second lieutenant in 1986. He then went on to attend Georgetown Law School in Washington, D.C., and received his juris doctorate degree in 1989.

After graduating from Georgetown, Richmond worked as a law clerk in Washington, D.C., until 1991, and then served as a military lawyer with the Judge Advocate General Corps until 1994. Later that year, he entered Butler Snow as a litigation associate.

Richmond has homes in both West Point and Madison and serves as pastor of Northside Christian Church in West Point. He manages a number of community outreach programs through the church, including providing support for local veterans and hosting fellowship meals on occasions such as Veterans Day to honor them for their service. The church also organizes college fairs and ACT prep courses and encourages students to attend and support historically black colleges and universities.

In addition, the church partners with medical and social service providers to host an annual health fair, Health Fair Plus, which provides health information and services to hundreds of people each year. Usually held in the late spring or early summer, these health fairs offer onsite screenings and testings.

He and his wife, Allison Richmond, have been married for 35 years and have two sons, Orlando Richmond Jr. and Marcus Richmond.