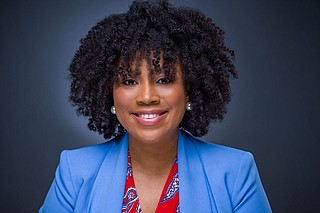 Karla Edwards, who has served as director of the Central Mississippi Hub for Volunteers and Nonprofits since May 2019, says that she has long felt compelled toward nonprofit work out of a desire to give back to her community. Before coming to CMHVN, she had been working with the Alabama, Louisiana and Mississippi division of the Salvation Army.

“What draws me to nonprofit work the most is the passion that the people involved show for it,” Edwards says. “No one does this kind of work looking to make money. You have to identify with a mission, and what I identified with in both the Salvation Army and CMHVN was their work in helping those less fortunate with everything from utilities to disaster relief.”

The CMHVN is a partnership between the Mississippi Alliance of Nonprofits and Philanthropy and Volunteer Mississippi that helps to connect volunteers with nonprofit organizations across the state. The organization has six hub locations across the state, with two more set to open in 2020. CMHVN posts volunteering opportunities and events on its website, centralmshub.com, for more than 40 organizations, and is also involved in resource gathering and volunteer training.

Recently, CMHVN has fundraised for Little Lighthouse, organized service projects for Americorps’ National Days of Service in November, and coordinated its own national days of service on Martin Luther King Day, the Sept. 11 anniversary and Family Volunteer Day in November.

Edwards was born in Natchez, Miss., and graduated from Natchez High School before enrolling at the University of Mississippi, where she received a bachelor’s degree in marketing in 2004.

After graduating, she worked in sales for various companies around Mississippi and in St. Louis, Mo., before moving to Louisiana and taking a job as a sales manager for a JC Penny store in 2007. In 2011, she became a bank officer for Chase Bank. While there, she volunteered as a mentor for the Big Buddy Program, a variation of the Big Brothers Big Sisters of America program based in Baton Rouge, La. Her experiences there led her to seek out a career in nonprofit work, Edwards says.

“I ended up working with a girl in fourth grade named Brianna, going on outings with her, visiting her school and sending emails to each other,” Edwards says. “Not only did I enjoy working with her, but watching the other people at work around me made me feel inspired, that this was what I wanted to do. When I ended up with the Salvation Army, it turned out to be a perfect way to combine my retail management experience with giving back through nonprofit work.”

Edwards moved back to Mississippi in 2013 and took a job with the Salvation Army as a development manager for the organization’s family stores in Mississippi, Louisiana and Alabama. She also served as a paid member of the Mississippi Center for Nonprofits, which merged with the Mississippi Association of Grantmakers in April this year to form the Mississippi Alliance of Nonprofits and Philanthropy.

During her time with the Salvation Army, Edwards began working toward a master’s degree in nonprofit management from the University of Central Florida, which she received in December 2017.

Edwards is a member of Greater Pearlie Grove Missionary Baptist Church, where she serves on the church’s health ministry and on its teen girls ministry. The health ministry assists church members with illnesses, fall injuries and other care, and also coordinates health fairs. Meanwhile, the teen girls ministry meets with teen members every month to discuss peer pressure, self image and other issues young girls may be facing. Edwards is also a member of the Jackson alumnae chapter of Delta Sigma Theta sorority and serves on its executive board and regional leadership team.