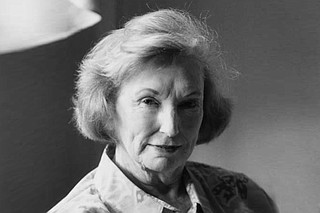 Author and Belhaven University alumna Elizabeth Spencer died on Sunday, Dec. 22, at her home in Chapel Hill, N.C. at age 98.

Spencer graduated from Belhaven University in 1942 and earned a master's degree in literature from Vanderbilt University in 1943. She published her first novel, "Fire in the Morning" in 1948. Over her lifetime, she published eight other novels, seven short story collections and a memoir titled "Landscapes of the Heart."

Playwright Craig Lucas adapted her 1960 novella "The Light in the Piazza" into a musical in 2003, which went on to win six Tony Awards.

Spencer was a member of the American Academy of Arts and Letters and of the Fellowship of Southern Writers. She won five O. Henry Awards, a Guggenheim Fellowship and awards from the National Endowment for the Arts.

NASA recently awarded Ritesh Tandon, an associate professor of microbiology and immunology at University of Mississippi Medical Center, a grant to study the effect of space radiation on human cytomegalovirus. The study is part of NASA's effort to send the next astronauts to the moon by 2024, a release from UMMC says.

NASA states on its website that astronauts may face higher lifetime risk of cancer, nervous system problems and degenerative diseases because of exposure to radiation without the Earth's protective atmosphere.

Many people contract human cytomegalovirus during their life but don't experience any serious health effects, the release says. However, CMV could potentially infect organs and cause health problems in people with weakened immune systems.

Tandon will examine how space radiation affects the ability of viral infections to go from a latent, or dormant, state to an active one, as well as how viruses make copies of themselves to spread through and outside their hosts.

The samples will not go into space and will instead go to NASA's Space Radiation Laboratory at Brookhaven National Laboratory in New York, the release says. There, researchers from NASA and the University of Arizona will study how radiation affects the immune cells that normally keep latent viruses in check.

Maria White, former dean and director of the Holmes Cultural Diversity Center at MSU, collaborated with Bill Kibler, former vice president of student affairs, to establish Men of Excellence as an official student organization on Oct. 20, 2009.

The Holmes Cultural Diversity Center, which is named for Richard E. Holmes, the first African American alumnus at MSU, sponsors the symposium. All workshops during the event will take place in the Colvard Student Union and will be free and open to the public.

For more information on Men of Excellence and the State of Black Men Symposium, call the Holmes Cultural Diversity Center at 662-325-2033 or visit here.