10 Local Stories of the Week 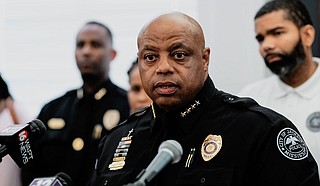 There's never a slow news week in Jackson, Miss., and last week was no exception. Here are the local stories JFP reporters brought you in case you missed them:

Remember: Check the JFP Events planner for everything to do in the Jackson metro area. You can also add your own events (or send them to [email protected])! See JFPEvents.com