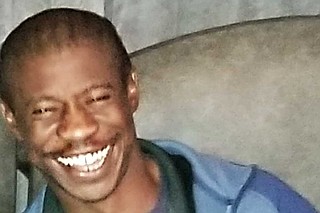 Harvey Hill died a day after he was detained in the Madison County Detention Center for loitering. Based on the autopsy, the Mississippi State Examiner’s Office has ruled his death a homicide. Photo courtesy Cochran Firm

The death of 36-year-old Harvey Hill on May 6, 2018, in the Madison County Detention Center was a homicide, the Mississippi State Medical Examiner's Office has determined.

His family's lawyers, The Cochran Firm, last month obtained the autopsy report performed two days after his death. It revealed that he died from multiple blunt trauma.

In February 2019, the Jackson Free Press reported that Hill was sitting on a former employer's front porch in May 2018 and refused to leave after the former employer asked him to leave and called the police when he refused. Madison County police then arrested Hill for trespassing, a misdemeanor, and sent him to the Madison County Detention Center.

The Jackson Free Press obtained the autopsy report signed June 19 by Chief Medical Examiner Mark LeVaughn, which included a reference to the video of what happened that day when he sustained injuries in prison custody, leading to his death. The family says in a lawsuit that the video shows Hill detention officers handcuffing, kicking and pepper-spraying Hill for not giving them "proper deference."

The autopsy concluded that no intoxicating substances or pre-existing health condition contributed to his death, but revealed findings of "abrasions on chest and base of left neck; contusions of upper right chest, scalp and left neck; hematoma in (the) left side of the neck; gastrointestinal contusions; liver laceration and contusion of the tongue."

"The hematoma in the left side of the neck resulted in severe swelling throughout the soft tissue of the left side of the neck," LeVaughn said in the report. "Within this anatomic region of the neck is the left vagus nerve. This nerve originates from the brain and innervates multiple organs throughout the body including the heart. Overstimulation of this nerve by direct, blunt injury and or direct pressure due to a hematoma can result in reflex slowing of the heartbeat by (a) mechanism of bradyarrhythmia, conduction block and ultimately cardiac arrest."

The family, on June, 23, 2020, filed an amended violation-of-civil-rights case against Madison County, Sheriff Randy Tucker, detention officers, and medical personnel at the detention center, with details made available to Jackson Free Press. They said that "Master Sergeant James Ingram, Officer James Bufford, and Officer Terrence Evans brutally beat, tortured and bound Mr. Hill, then placed him in an observation cell and left him to die," while other prison guards did not restrain them.

Revealing details of what supposedly led to his death, the lawsuit claimed that during mealtime at around noon the next day after his arrest on May 5, an altercation occurred involving Hill, where correctional officers assaulted and kicked him six or more times while on the ground.

The nurse, Alise White who works for Quality Correctional Health Care and is a party to the lawsuit, reportedly "failed to assess and diagnose Mr. Hill's medical condition" of “excited delirium syndrome,” but returned him to a holding cell.

"Instead of giving Mr. Hill a sedative to calm him and reduce his heart rate so that she could obtain his vital signs and protect against a fatal arrhythmia or heart attack, Nurse White simply ordered that Mr. Hill be returned to his cell," the lawsuit claimed.

Jail workers reportedly laid Hill face down and handcuffed in a cell and left for 46 minutes without assistance, and he subsequently was found unresponsive.

"The paramedics were not called in a timely fashion and did not arrive until almost an hour after Mr. Hill collapsed. In addition, there was no defibrillator to assist in Mr. Hill's treatment. Later, Mr. Hill was taken to the Merit Health Central Hospital in Jackson, Mississippi, where he was officially pronounced dead," says the court filing, which represents one side of a legal argument.