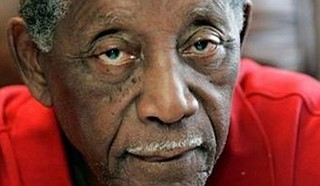 Charles Evers, who died Wednesday at 97, came to Mississippi from Chicago after a white supremacist killed his brother, Medgar, in 1963. He led protests to champion the civil rights of Black Mississippians. Photo courtesy Charles Evers

Pecan Park Circle is becoming Charles Evers Circle. It sits across Robinson Road from Westland Plaza and is the location of WMPR-FM radio, where Evers was station manager beginning in 1987. The confident, outspoken Jackson resident died July 22 at age 97, and is remembered as a civil rights icon and foremost as a Black politician. He returned to Mississippi from Chicago after the 1963 assassination of his brother Medgar to step into his position as field secretary of NAACP. He became the first Black mayor in Mississippi since reconstruction in 1969, when Fayette voters elected him to the position.

The Jackson City Council renamed Pecan Park Circle in his honor at a special session on July 24. Inside WMPR, Evers had long hosted figures of all races in conversations about politics, race and other issues. His radio career dated back to the 1950s when he became one of the first African American deejays in Mississippi at WHOC in Philadelphia. The Evers brothers grew up in Decatur, south of Philadelphia.

Council President and Ward 5 Councilman Aaron Banks led 97 seconds of silence in Evers’ honor, and Mayor Chokwe A. Lumumba described him as a pathfinder for Black leaders across Mississippi.

"We felt, speaking with the council president, (that) it was a necessary step that we open a council meeting just in his honor, that his life was so large, his sacrifice was so great, that many of us will not be able to sit as we sit today, if not for his sacrifice," Lumumba said to the members of the Evers family in the chamber. "We are here today because of him. I want you to know that I love you, and I am most grateful to the Evers family and your continued sacrifice."

Charles Tillman, council vice president and Ward 5 councilman, presented resolution in Evers' honor, recognizing "his devotion and dedication to his family, friends, community, country and the countless individual lives he has touched."

"His ambition was for Black people to have a seat and a voice at the table where decisions are made that impact the lives of all citizens," Tillman said. "He used his voice and radio station to get Blacks elected to city, county, state, and national government positions."

The city-council session featured councilmen and family members sharing their personal stories of interactions with Charles Evers and the presentation of the memorial resolution to his family, who said burial arrangements are in the planning stages.

"This morning, the world lost another fearless Civil Rights leader. The Honorable James Charles Evers, brother of slain civil rights leader Medgar Wiley Evers, passed away peacefully surrounded by his family at the home of his daughter, Charlene Evers-Kreel," his family said in a statement on June 22. "One mission in the life of Charles Evers was to advance the work of his beloved brother, who was assassinated on June 12, 1963. After the assassination, Charles Evers rushed to Jackson to continue fighting for equality and take his brother's place as field secretary for the Mississippi NAACP. In 1969, he became Mississippi's first black mayor since Reconstruction in the biracial town of Fayette, Miss."

Jackson Public Schools posted a condolence message on its Facebook page. "Evers used his platform and persona to elevate the voices of many in our community. We are thankful for his contributions, especially to our programs that promoted fatherhood and parent involvement. We extend our sincere condolences to the Evers family," it said.

"I am deeply saddened by the loss of my friend Charles Evers. Charles was a trail blazer in politics and a fearless leader, alongside his brother Medgar, for Civil Rights," President Donald Trump tweeted. Evers, a long-time Republican, had supported Trump.

Evers had supported previous presidents as well, but came out against President George W. Bush’s invasion of Iraq in 2003 in a column for the Jackson Free Press.

“I've visited the Bushes in the White House when Dad was president,” Evers wrote. “This is nothing personal against the president. I'm just differing from him on the war; I support him in most everything, but I cannot support this war. Friends tell you what you need to hear; I'm his friend, whether he accepts that or not. I've been a supporter, and I'm still a supporter.”