‘It Is Your Money’: Hinds Residents Have $26,000 In Unclaimed Money with State Treasury 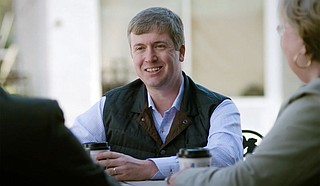 Hinds County residents have $26,288.73 in unclaimed cash with the Office of the State Treasurer, information on its website reveals.

Mississippi Law of Unclaimed Properties requires that institutions holding money, checks and stocks abandoned, and have no contact with the owner for five years, turn them over to the state treasury. The affected institutions include banks, credit unions, insurance companies, retail stores, utility companies and business associations.

"We try to find folks and identify them. The 'unclaimed properties' happens when retail stores, financial institutions, things like that have this money, and (looked) for (the) person for five years and can't find them," Brittany Comins, spokeswoman for Mississippi Treasury told Jackson Free Press. "They have been looking for them for some years before the treasury gets it. And it's the treasury's responsibility to find these people."

She said that it is easy to get the money after going through a few steps. "In terms of what people can do, it's pretty easy actually. They can go to treasury.ms.gov,” she said. "There is a portal there that they can enter their name, their church's name, their business' name, the organization that they are part of, and search for it there, and it is going to pop up any unclaimed property that they might have."

A next of kin can collect the money after presenting certain documents for verification.

"There is a little claims button on the online portal that they can click, and they'll be able to go ahead and claim the money if in their name," Comins said. "And there are processes that they can go through if it is in someone else's name. For example, there is a series of documentation that they can provide to be able to identify the next of kin."

"The Unclaimed Property Division is charged with trying to locate the rightful owners of such assets," the office of the treasurer noted on its website. "Now more than ever, Treasurer (David) McRae is determined to return unclaimed property to its rightful owners. This is not the state's money. It is your money, and especially with families struggling during the COVID-19 crisis, we want to make sure it's returned to you."

On July 24, the office of the treasurer reported that it returned $31,000 in unclaimed money to Jackson State University and $125,000 to the State Health Department on July 26. A total of $9 million has been found and returned since January 2020.

"Returning unclaimed property is one way the State Treasury can give Mississippi an economic boost without adding to the financial burden hardworking taxpayers already carry," McRae said. "We are thrilled to have found and returned nearly $125,000 to the State Health Department at a time when so many families are relying on them for COVID-19 information. Thank you to everyone in the Department who has worked tirelessly to keep Mississippi safe and healthy."