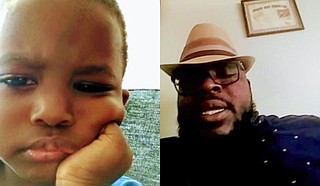 Ronnie Henley Sr. messaged me on April 10, asking a question about the Mississippi Department of Employment Security and unemployment. I had written a story headlined "When is the $600 Coming?" based on a Q&A webinar featuring Timothy Rush, the director of the Office of Employment Security at MDES. That got me a lot of notes from readers.

"MDES denied me unemployment benefits, and I'm confused! I don't know what to do. I've got a son in Atlanta who really (needs) my financial support, and I'm stuck without a work option due to being furloughed from Gold Strike. Can you please help me?" Henley wrote.

Henley had called his local WINS job center to apply for unemployment after he was laid off from Gold Strike Casino on March 27. They told him to download the "2 File UI" smartphone app to make his weekly certifications, which he had done. His online record with MDES, which he sent to me as a screenshot, showed a claim period of 4/5/2020 to 6/30/20 with a $0 maximum weekly benefit.

For many years, Henley lived in Georgia before moving back this way, spending time in Memphis (working for the same pizza chain he'd worked at in Atlanta) and then settling in Clarksdale.

He's getting divorced, and his son lives with his mother. Last year, Henley made most of his money as a gig worker, delivering for Postmates until his car was stolen in November. He landed the Gold Strike Casino job at the very end of December and started after the new year.

From January to late March, when the casino laid him off for COVID-19, he made decent money working the full-time, hourly job. When he discovered that MDES had denied him unemployment due to an Insufficient Wage Claim, he tried to file an appeal online. The screen told him there was "no appealable decision" found. That was April 10.

We chatted about the possibility that he might need to wait until Gold Strike filed their Q1 unemployment numbers with MDES, which could take until April 30. He vowed to keep hitting the phones at MDES to try to get through and get advice on securing the federal benefit.

I heard from Henley again about a month later in mid-May. He'd gone five weeks filing his weekly check-in with MDES with no progress on the claim or the appeal. He'd been looking for a two-week "closure" check from Gold Strike that hadn't come. He was in a rent-to-own house, worried about his utilities, light bill and money to send his son. He wrote to me about an hour after I got off the phone with Rush from MDES, with whom I recorded a podcast you can hear at LetsTalkJackson.com.

"My son RJ is in Georgia without any assistance from me because I haven't worked since March 28th due to the virus," he texted.

Henley had worked as a contractor in 2019, making decent money. He'd gotten a full-time job to help him settle into Clarksdale. The CARES Act had laid out $600 a week specifically for people like him, even building in a caveat for contract workers who aren't generally covered by most state's unemployment systems. But to get the $600 weekly federal benefit, he had to get a state to validate the unemployment claim.

But what if you live in a state where the safety net is designed to fail?

An analysis by Bloomberg showed that nearly one-third of Americans unemployed by COVID-19 still hadn't received a payment as of last week.

In a Twitter thread, Pamela Herd, a public policy professor at Georgetown University, said in many states the unemployment system "is designed to fail."

It's telling that, as part of his executive orders during this crisis, Gov. Tate Reeves suspended several rules regarding application for and receipt of unemployment benefits. Why did they exist?

After my podcast interview with Rush, I told him about Henley's specific case and how he seemed caught in an administrative loop, unable to get good advice on the phone. Rush replied on May 21 that he'd have a manager call Henley. That didn't happen until I reminded Rush on June 1, when someone did finally reach out to Henley, with the suggestion that he apply for unemployment in Georgia, where he had an existing unemployment claim from April 2019. He made that application—on the same day that Gov. Reeves allowed evictions again in Mississippi—but since that claim had run out in April 2020, he didn't know if he'd see any money from that, either.

On June 3, I got this message from Henley: "My job called and I return to work on Friday. I've been off for two months without any assistance besides the stimulus and after everything I went through, I'm in a worst position than before but I'm thankful." He returned to work on Friday, June 5.

Henley wrote today, June 9, and told me that the Georgia Department of Labor's website shows him eligible under the PUA program for $149 per week, with an effective date of 3/22/20. He says he's about $2,000 in debt from the COVID-19 shutdown. He's hopeful that between Georgia unemployment—if he gets the back payments—and assistance from MGM Employee Relief, he'll get caught up on bills, stay in his home and support his son.

"You're welcome to share my story to whomever you choose because it's real. I just wish the system was (better) designed to help people who really need and deserve UI assistance in times like these," he wrote June 3. Let's change this for good, Mississippi.