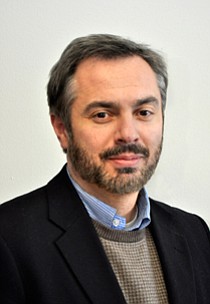 Todd Stauffer is the publisher and co-founder of the Jackson Free Press and BOOM Jackson magazine. In the past, Todd Stauffer has worked as a technical writer and book author, magazine writer and TV/radio host. He grew up in Dallas, Texas, and current resides in Belhaven with Donna Ladd and her cats. He attended Texas A&M University.

We have big news from the world of the Jackson Free Press. Much of it is positive, and some of it is simply inevitable in the face of COVID-19 and how the delta variant has affected us here in Mississippi.

JFP Up to 11 Wins in the 2021 SPJ Diamond Journalism, Green Eyeshade Contests

The Jackson Free Press has won 11 awards to date for 2020 journalism during the pandemic—from two Society of Professional Journalists contests.

"Here on the first anniversary of the old flag coming down, driving Mississippi reminds you of all of the integration work that white Mississippians have yet even to attempt. Taking down the flag and statues is just table stakes."

PUBLISHER'S NOTE: Jackson’s Water Crisis, What Would Ditto Do?

While Lt. Gov. Delbert Hosemann often presents himself, rightly, as the Mississippi GOP's adult in the room, his reaction to Jackson's water woes this week leaves a bad taste.

We published our first ever Best of Jackson issue in January 2003, right after we'd launched the Jackson Free Press in the fall of 2002. Nearly two decades later, a lot has changed in Jackson.

Along with changes on the national level, I've got several changes to report on the local JFP front, effective with this issue.

"Gov. Tate Reeves has done precisely the wrong things to quell this virus. He could have led his party and supporters in Mississippi instead of sheepishly kowtowing to the extremists."

PUBLISHER'S NOTE: A Mask Mandate is Support for Small Business

We've heard it over and over again. Masks are the best defense against the spread of the virus. They're about helping other people as much as about helping yourself, especially cloth and non-medical masks.

The truth is, running a media company is always tough when your primary goal is to tell the truth—and not just please or appease the powerful.

Gov. Reeves knew the threat to Mississippi hospitals when he implemented one of the most liberal reopening plans of any U.S. state in late May. As with Florida and Texas, Mississippi has paid for its governor's lack of clarity and decisiveness.