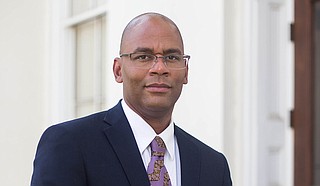 Ward 4 Councilman De’Keither Stamps won the special runoff election for the District 66 seat in the Mississippi House of Representatives on Tuesday. Photo courtesy City of Jackson

Ward 4 Councilman De’Keither Stamps of Jackson emerged victorious in the special runoff election Tuesday to fill the District 66 seat in the Mississippi House of Representatives. He got 65% of the vote to defeat his opponent, Bob Lee Jr.

The runoff, which took place in 14 precincts in Hinds County, followed the Sept. 22 special election, which had six contenders in the nonpartisan election to replace Jarvis Dortch, who resigned July 2 to become the executive director of the Mississippi American Civil Liberties Union. Stamps and Lee got 40% and 26% in the Sept 22 election, respectively.

Stamps told the Jackson Free Press today that he is happy at the prospect of serving the people of the district for the remainder of the four-year term that will end in January 2024.

"I am overjoyed that the people came out to vote and supported us in our pursuit, and I am planning to get to work," he said. "Going forward, we are going to continue to pursue good legislation that will move Mississippi forward."

Stamps said that he is not immediately planning to resign as Ward 2 councilman. "Right now, our (city council) election is in April," he added. "I didn't want to call an additional special election at this juncture.

“Something may change, I don’t know; I have not been informed by the (Mississippi) secretary of state or anybody that I have to step down. We'll keep working; we work every day."

The City called a special election to fill the council’s Ward 2 seat on Nov. 17 after Melvin V. Priester Jr. resigned from the position earlier this month.

Stamps said his message to the people is that he is going to keep working, citing the fact that he was at a location trying to address a sewage-leakage problem in his ward when he took the interview call. “‘Am back to work now; I am dealing with a sewer issue as we speak, We are going to keep working,” he said.

Hinds County Election Commission Chairwoman Toni Johnson told the Jackson Free Press that the body conducted the special runoff election for House District 66 without any problem. “The election went fine. Of course there was a small turnout,” she said.