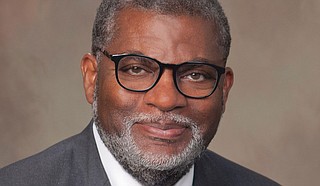 It was a rude shock when Shante Crockett moved to west Jackson with her family in 2014. The infrastructure of the area is crumbling with many abandoned buildings, and crime is a concern. Businesses followed white flight from that previously thriving part of the city, hollowing it out, and poverty is high.

"I was a little nervous about moving to this part of town because I lived in a place where it did not look like this, where you can call suburbia," she said in a phone interview with the Jackson Free Press. "And so when I moved to west Jackson, I complained about a lot of the problems that were going on here: the mental health issues, the homelessness." 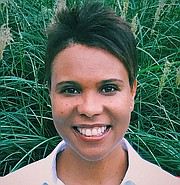 Over time, Crockett overcame her initial reaction to the problems. She is now the executive director of the Center for Social Entrepreneurship, a nonprofit organization that adopted an area in west Jackson, now named iVillage, as a laboratory for its transformation efforts.

"I transitioned from complaining to being an advocate," Crockett said. "You know I have always been taught that if you are not part of the solution, you are part of the problem."

"This community in west Jackson is overlooked and underserved," she added. The Center for Social Entrepreneurship is focused on bridging the gap with government resources and from philanthropists in order to enhance the quality of life of the people.

The iVillage consists of 43 blocks in west Jackson.

"The perimeters are Jackson State University Parkway to Roach Street to Capitol Street to Prentiss Street, and those are our boundaries," she said.

The "i," she said, stands for five things: international, internet, interconnected, individualism and innovation. The Center for Social Entrepreneurship prioritizes education, housing improvement, community engagement and economic development in the iVillage.

A Plan of Action

A $56,841 grant from the W.K. Kellogg Foundation in May is helping CSE support work in racial equity, community engagement and leadership development to transform communities.

With a focus on west Jackson, Crockett and her team are designing a plan of action for the neighborhoods to help move the residents move themselves up the economic ladder.

She has clearly defined opinions about what has led to poverty inside Jackson's Black communities. "The problem in our neighborhood is that unemployment is high, education is low, and residents and infrastructure continuously age. Business development has suffered due to a low percentage of skilled and certified workforce," Crockett said in a statement on the Kellogg grant application made available to the Jackson Free Press. "It's time to reverse the trend."

Her plan will involve technical assistance for micro-businesses, entrepreneurs and residents' workforce development. "When you are trying to start a business, you need resources," Crockett said. "You don't need just financial resources, you need human resources, you need people to guide you and help you along the way."

Crockett says the challenges of development for Black businesses is more about financial management and marketing than the excellence of their delivery of goods and services. She realized that those deficiencies hinder wealth creation in Black families and that without a business plan, success is elusive.

"(Many new entrepreneurs) are not so good in the business aspect of it, meaning having financial bookkeeping in place, having a marketing plan, those kinds of things," Crockett added. "They are not great at that. As a result, a lot of businesses fall to the wayside because they are not sure of how to do the 'business' side of the business."

Crockett emphasized the need to grow a business by obtaining a loan from a bank. A business needs a plan, capital to put up a marketing plan, she noted.

"Most Black-owned businesses in our area are one- or two-man shops," she said. "They need financial resources to grow the business."

"Our ultimate goal is to increase the intergenerational wealth for young families through entrepreneurship and workforce development, technical training and financial literacy," Crockett said. "And so from the entrepreneurship side, we will be doing research to find out what services are needed in our area and who can provide those services, and once we find out who can provide the services that are needed, we will help them start their business."

Those who don't want to start businesses will get help to improve their employment potential and increase their earning power and climb the workplace ladder through skills training.

The planning process for the economic development of iVillage will be done by Jan. 31, 2021.

"The goal is to get an implementation grant once we finish the research," she said. "If we are so lucky to get it."

Netflix's investment of $10 million in Hope Credit Union in June 2020 marked the largest single deposit since its founding in 1995, Hope's Chief Operating Officer Pearl Wicks told the Jackson Free Press in an interview.

Wick said the foreseeable impact of the money in Black communities is helping close the wealth gap. She defined the racial wealth gap in terms of the disparities in liquid assets, saying the difference between Black and white people in Jackson is larger than the national average.

"In Jackson, 61% of Black households do not have enough savings to cover three months of expenses to live above the poverty line," she said. "In contrast, this rate is only 25% for white households." 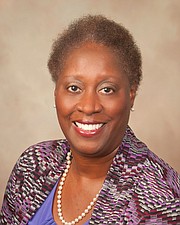 "Six out of 10 of the commercial loans that we do are to minority and women-owned businesses, and eight out of 10 of the mortgages we make are to Black fathers and some female heads of households," she added about the operation of Hope Credit Union.

"(That is) how we are serving our mission and helping to create wealth and serve communities of color."

"(The Netflix) investment is a strong example for other corporations, larger banks and holders of wealth in the U.S. to make similar investments in financial institutions that are serving communities of color," she said. "They allow Hope to grow and to deepen impact, make loans, mortgage loans, car loans, and be able to strengthen the work that we are doing in those communities."

"So when they are able to have a relationship, an account with an institution like Hope, we are going to be working to help strengthen their financial position, help them to build wealth, and some of that is also done through financial education," she said.

Wick said financial education also involves managing income and staying away from predatory lenders by keeping more of their money in their bank account and wallet and not paying the high fees they charge.

"In each Deep South state served by Hope (Mississippi, Alabama, Arkansas, Louisiana, Tennessee), for every dollar in net worth held by white households, Black households hold between 10 and 20 cents," Hope Credit Union Enterprise Vice President (Communications) Shelia Byrd said in a statement on the Netflix-deposit initiative, made available to the Jackson Free Press.

"Over the next two years, Hope estimates the Netflix deposit will support financing to more than 2,500 entrepreneurs, homebuyers and consumers of color," Byrd added.

Netflix officials want this effort to be an example for other corporations.

"If every company in the S&P 500 allocated a modest amount of their cash holdings into efforts like (this), each 1 percent of their cash would represent $20 billion to $30 billion of new capital," Netflix Talent Acquisition Director Aaron Mitchell and Treasury Director Shannon Alwyn wrote in June in a piece titled 'Building economic opportunity for Black communities.'" "And that would help build stronger communities, offering more Black families pathways to prosperity and a more equitable future."

Netflix's deposit is meant to expand economic opportunity for the communities that Hope Credit Union serves, even as undercapitalization plagues many Black-owned financial institutions.

In a webinar posted on Youtube, Netflix's Mitchell explained that the initiative to move money into Black financial institutions is to fuel economic development in Black communities.

"You have petty lenders and financial predators, and fewer banks ... in the Deep South, particularly communities of color," Hope Credit Union CEO Bill Bynum said at the webinar, explaining the financial landscape that the organization operates. "We capture the amount of saving that is realized by low-income families as a result of having an alternative to payday lenders that inject them into debt traps."

"We see the opportunity again to work with organizations in these communities who are helping our Black residents and residents in communities of color get credit scores, helping them to understand what they need to do when it comes to getting insurance and those kinds of things," James said about the Netflix fund.

"This is the kind of fund that can invest in enterprises, for-profit and nonprofit frankly, that are actually working on the totality of disciplines that you have to be working in to help people create and maintain wealth."

Intergenerational Wealth: How to Create

Based on her findings, Crockett said a hindrance to development in west Jackson is poor internet access.

Crockett explained that helping to increase the income of a household member will significantly impact other family members, creating intergenerational wealth, which is the focus on the Kellogg grant her organization received.

"It shows that child, that you know I see my mum and dad working at wherever, they are getting more money, and that's bringing in an increase in their finances, there is more income to live, and not only that, but for disposable income."

"Of course, when you earn more, then you spend more, and so it creates economic development. So it's generational," Crockett added.

Email story tips to city and county reporter Kayode Crown at [email protected]. You can also follow him on Twitter at @kayodecrown.