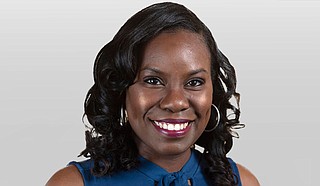 Currently, those incarcerated in Mississippi cost the state $14,600 per year in prison, the report pointed out.

"Those released from prison as a result of the reforms would have more time and resources to enhance their economic productivity and contribute to the local economy instead of remaining in the prison system," the authors said. "According to a comprehensive study on a person's earnings both before and after prison, the approximate average wage of a released individual one year after release is $9,100 per year. That average increases marginally each year thereafter."

SB 2123 that Reeves vetoed in 2020 has a more expansive parole provision. It would have generated $1.4 billion in savings and tax revenue over 30 years under a moderate parole grant rate. The numbers dip to $880.2 million for the low parole eligibility rate, according to the report.

"SB 2795 will save the state millions of dollars on prison spending and generate additional tax revenue when people rejoin the workforce in the coming years," FWD.us which commissioned the report said in a statement.

Those who will benefit from the increased parole eligibility due to Senate Bill 2795's passage would need post-incarceration assistance, FWD.us Mississippi State Director of Criminal Justice Reform Alesha Judkins told the Jackson Free Press in a Zoom interview on Friday, April 23.

"Depending upon people's family situation, they may need assistance with housing," she said. "Depending upon their education level, like certificates, they were able to obtain while they were incarcerated, they need to be helped with job placement."

"It could be something as simple as obtaining their driver's license and getting valid ID so that they can apply for housing and for employment."

Judkins expressed concern that Mississippi has one of the highest incarceration rates in the country and will need to do more to address the situation. She regretted that HB 796 would have reformed the habitual-offender sentencing guidelines in the state but did not make it to Gov. Tate Reeves’ desk.

"Under our state's habitual penalties, you will often have to serve decades, and sometimes even life in prison, because you were convicted of crimes in your past," she said.

"We're estimating a little more than 600 people will become immediately eligible for a parole hearing, and over the next two to three years, we can see possibly two to 3,000 more people," Judkins explained. "We definitely still have work to do to address our imprisonment rate, and our high prison population because people were left behind. There is still lots of work to do to address what's going on in our prisons."