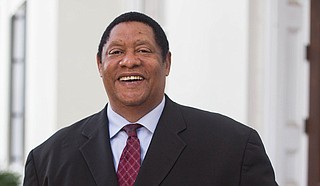 Convenient stores in Jackson must have security personnel between midnight and 5 a.m., under an ordinance the city council passed to help curb crime. The ordinance was in place between September 2011 and January 2012, but Ward 3 Councilman Kenneth Stokes reintroduced it Wednesday.

The council unanimously approved the resolution. However, Ward 2 Councilwoman Angelique Lee expressed concern about the impact of the extra cost on businesses struggling during the COVID-19 pandemic.

"I agree that we need safety measures in place. My only concern is, you know, businesses are struggling right now. We were in the middle of a global pandemic. If we can't as business owners afford to provide this extra security, what happens then?" she said.

Ward 1 Councilman Ashby Foote said nighttime security requirements might lead to some filling stations' closure because of financial considerations affecting provision of services in the area. "(It) may be that some stores that are now open through the night may decide to close during those hours because (they) don't want the additional expense of the security, and the result would be less services available to the citizens in those particular areas," he said.

"Safety's got to be the issue now; we need to make sure that people are safe,” Stokes said. “We need to make sure that what happened at Jasco never happened again.” He was referring to the Feb. 7 shootout in a gas station on West Woodrow Wilson Avenue, which led to two people's deaths. However, the shootout reportedly happened in the afternoon. Therefore, it is unclear how the new ordinance would have prevented it from happening.

"Somebody at the counter don't know what's going on. They'll shoot out. A little child could have been coming (to) get potato chips,” Stokes added. “You don't want this for your children or grandchildren. We shouldn't want that for anybody in this city; we’ve got to make these convenience stores safe.”

Two suspects involved in the Jasco shootout are now in police custody. Christopher Lee, 28, and Justin Partee, 33, died in the shootout and became the 16th and 17th homicides in the city this year.

Limitations of the Ordinance

Director of Planning and Development Jordan Hillman points out some of the inadequacies of the ordinance. "But what this ordinance is missing is the details of how it actually works. Who enforces it, who files the safety plan? Where does it go? And all of those components of how to actually make it into a program versus just words on a page," she said. "This ordinance is missing definitions, procedures and violation notice policies. So it essentially leaves it with no process to be implemented."

She suggested an improvement would be providing a comprehensive safety plan as part of a codified ordinance with a clearly defined framework. Ward 4 Councilman De’Keither Stamps, however, described the ordinance as a first step, saying the mayoral administration should sort out the other details involved.

Mayor Chokwe A. Lumumba said he fully supports the ordinance. He recently imposed a curfew on local residents under age 18 since Feb. 5 as a way to prevent crime, though experts dispute their efficiency, saying they might be counterproductive and that much youth violence and crime occurs earlier in the day than the curfew affects.