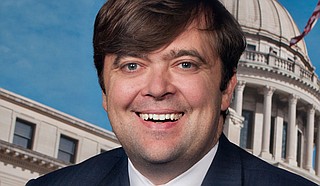 With a goal of reducing the harsh sentencing in Mississippi, the House of Representatives has passed HB Bill 796, which would restrict the mandatory maximum sentencing requirement for so-called habitual offenders.

The legislation, if signed into law, would modify Section 99-19-81 of the Mississippi Constitution. It now does not permit judges during sentencing to go below the maximum sentence for a third felony. HB 796, however, only restricts that provision to a third felony conviction within 15 years.

HB 796 also proposes changes to Section 99-19-83 of the Mississippi Constitution, which mandates life imprisonment for a third felony after two previous jail terms of more than one year, with one of them for a “crime of violence.” The bill, sponsored by Rep. Nick Bain, R-Corinth, says that a harsh sentence for a "habitual offender" will apply if the third offence is a felony which is a "crime of violence."

Those previously sentenced based on "habitual offenders" guidelines can be eligible for parole, retroactively benefiting from the law's change.

Bain, first elected to the Legislature in 2012 as a Democrat, changed parties in 2019. He said at the time that he wanted the opportunity to drive policy change. "I'm tired of sitting on the sidelines. I'm ready to be part of the policy-making in Mississippi," The Daily Journal reported him saying in March 2019.

Bain is the only Republican among the five legislators who sponsored the bill. Others are Rep. Kabir Karriem, D-Columbus; Rep. Abe Hudson, Jr., D-Shelby; Rep. Otis Anthony, D-Indianola; and District 66 Rep. De'Keither Stamps, D-Jackson. The bill passed with a total of 113 representatives voting for it, out of 118 House members on Feb. 10 and has been transmitted to the Senate.

Senate Bill 2795 also passed and moved to the House of Representatives on Feb. 16. It would expand parole eligibility.

FWD.us, an organization that advocates for criminal-justice reform, said the SB 2795 does not go far enough, however. "[T]housands of people will remain ineligible for parole, including many people serving habitual sentences for nonviolent crimes and people convicted of violent offenses that are parole eligible in Southern states like Texas and Arkansas," it said in a statement. "Thousands of others will be forced to serve decades behind bars before they have their first parole hearing."

"These exclusions and extremely lengthy time served requirements will limit the impact of the bill and prevent the state from achieving meaningful cost savings," FWD.us added. "This legislation would be improved by expanding parole eligibility to more Mississippians and reducing time served for requirements from 30 years to 20 for those serving very long sentences."

The Texas Department of Criminal Justice credited sustained funding of diversion, treatment, and education programs. "The state recidivism rate has been on a steady decline for nearly a decade," it stated in 2020.

FWD.us said the many deaths of inmates in the custody of the Mississippi Department of Corrections reflect the urgency of seeing to the eventual passage of HB 796 and SB 2795.

"These bills are critical this year because the consequences of not passing criminal justice reform last legislative session have been deadly; at least 106 incarcerated people have died in Mississippi prisons from December 29, 2019, until the end of 2020. And less than six weeks into this year, at least 13 additional people have died behind bars," it said.