County Approves $100,000 for Livingston Park and Others 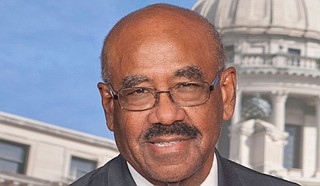 Hinds County Board of Supervisors' President Credell Calhoun made a motion on Monday, Nov. 15, to fund five recreational spots in the city of Jackson with $100,000. Photo courtesy Mississippi House of Representatives

Five recreational spots in the city of Jackson will get $100,000 in upgrades following the Hinds County Board of Supervisors' approval of the funding given on Monday, Nov. 15. Board President and District 3 Supervisor Credell Calhoun brought the motion. The funding will come from the COVID-19 relief package that the federal government distributed as part of its American Rescue Plan, from which Hinds County received $45 million.

City of Jackson Director of Parks and Recreation Ison B. Harris Jr. told the Jackson Free Press after the approval yesterday that every source of funding is vital given the number of parks the City has—57.

"This support goes a long way, considering that we don't have that luxury of having a big budget that we can actually put a lot of funds in each park," he said in the phone interview. "I'm just extremely grateful for Hinds County in supporting our parks in the city of Jackson. It shows their commitment to our citizens."

"Parks have been underfunded throughout the years," he added. "So every time a supervisor actually comes in and says, 'Hey, we want to help you with that,' that's big news; that's a plus."

"We got a half a million dollars for Pete Brown to do some drainage issues, to purchase some golf carts, to renovate the clubhouse, and fix some cart paths over there," Harris said Monday.

"For Northgate, we have a drainage issue over there," he added. "We are going to remove a bunch of trees that are old; we're got to add some more lighting as well as some security cameras there."

With the additional state funding, Harris said that the city will be able to provide some fitness equipment to Lake Hico as well as dredge the lake at Livingston Park and clear the surrounding area.

'Livingston Park is a Jewel'

Ward 5 Councilman Vernon Hartley, whose ward covers Livingston Park, told this reporter earlier in the month that Mississippi Speaker Philip Gunn wrote to him about the money earmarked for it. Hartley said it will go a long way to showcase the park.

"Livingston Park is a jewel," Hartley said. "People can enjoy the (Jackson) zoo all day long and then have a picnic right there in the park area and eat their lunches or go for a walk or do whatever."

In the letter dated Oct. 28, Gunn wrote that in addition to the funding for Livingston Park and Pete Brown Golf Course, the legislature appropriated $2.5 million for LeFleur's Bluff State Park Area, $500,000 for Greenwood Cemetery, and $250,000 for a study to help decide on a plan for a new stadium.