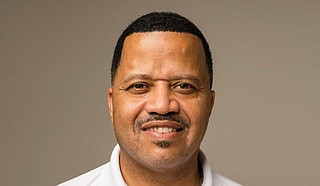 Interim Hinds County Sheriff Marshand Crisler plans to set up a gun suppression unit to arrest convicted felons caught with guns. The Hinds County Board of Supervisors, at its Tuesday, Sept. 7, meeting, authorized the acting sheriff to enter a memorandum of understanding with the municipalities in the county for the unit.

"Our motive here is to assist our capital city and surrounding areas in eradicating illegal guns," Crisler told the supervisors.

The interim sheriff said federal and state laws do not permit convicted felons to own guns, and he posited that the task force will reduce violent crimes in the capital city, which has recorded more than 100 homicides already this year. The city recorded 128 homicides in 2020. It is unclear at press time how many of those murders involved convicted felons with guns; many murders in Jackson are interpersonal, between people who know each other.

Three deputies and some members of the municipal police forces will constitute the proposed gun suppression unit.

"I have had the opportunity to speak with all mayors and the chiefs of police of these municipalities, and I have been given the assurance that they are all on board, and they are committed to making sure that we do eradicate these dirty guns in Hinds County," the interim sheriff said.

"Our end game is ensuring that we reduce the number of violent crimes in the city of Jackson because the data shows that most of these crimes and deadly encounters are at the hands of people who certainly have priors and have been deemed convinced felons, so we feel like this is a great step in the right direction in making Hinds county safe for us to raise our families."

'It Can Be a Source of Harassment'

“I support your effort in trying to eradicate illegal guns," Archie told Crisler. “(But) to me, it can be a source of harassment because most of the time they—law enforcement, the sheriff's department in this particular case—end up in poverty-stricken communities and neighborhoods," he added.

Crisler said that he will ensure that the officers are adequately trained in what they do and reiterated his support for law-abiding citizens owning guns.

"We are going to be doing the work in tandem with the ATF (Bureau of Alcohol, Tobacco, Firearms, and Explosives)—they are a federal agency—to make sure that we abide by all the laws that are federally mandated, and we will work with the state agencies to make sure that we do the same," he said. In a phone interview on Thursday, Sept. 9, Crisler told the Jackson Free Press that the federal agency will assist the crime unit with training and constitution compliance.

“(Those) who have felony convictions are not at liberty to carry a firearm,” he added. “This particular strategy is designed to make hinds county a safe place.”

Crisler said on Thursday that a difference between the proposed street crime unit and the previous ones is involvement of the municipalities.

“The first thing is that we are targeting a certain population,” he said of the uniqueness of the unit. “We are targeting convicted felons in possession of a firearm, which is illegal, which is a federal and state offense. Secondly, the dynamics of this unit would be a little different because we're anticipating a hundred percent participation from all the municipalities within Hinds county.”

“​​We are absolutely committed to ensuring that we are keeping the public in mind, in other words, those citizens who are not convicted felons, certainly will be protected by the second amendment. And we will ensure that officers are trained to make the distinction between the two.”

Crisler is one of 13 candidates for Hinds County sheriff on Nov. 2 to replace the late Lee Vance, who died from COVID-19. The Hinds County Board of Supervisors appointed him interim sheriff on Aug. 16.