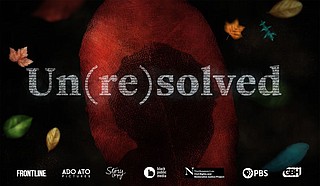 The Two Mississippi Museums in Jackson opened a new traveling augmented-reality exhibit from PBS Frontline called Un(re)solved on Saturday, Aug. 28. The opening date coincided with the 66th anniversary of the death of Emmett Till, a Chicago teenager who was lynched in Mississippi in 1955.

Un(re)solved is a multi-platform exhibit that examines the federal government’s effort to investigate more than 150 civil-rights-era cold cases under the authority of the Emmett Till Unsolved Civil Rights Crime Act, a release from TMM says.

The advisory council for the exhibit includes Jerry Mitchell, investigative reporter and founder of the Mississippi Center for Investigative Reporting whose past reporting helped lead to convictions in cases such as the 1963 assassination of Mississippi NAACP leader Medgar Evers, the 1963 16th Street Baptist Church bombing, and the 1964 slayings of civil-rights workers James Chaney, Andrew Goodman and Michael Schwerner.

Un(re)solved includes a web-based interactive experience, a serialized podcast, a touring augmented-reality exhibit and a documentary and companion education curriculum for high schools and universities. The exhibit will be on display through Sunday, Oct. 24, in the FedEx and Medgar and Myrlie Evers Exhibition Halls at the Two Mississippi Museums.

Fifteen-minute tours are available Tuesday through Friday at 10 a.m. and 2 p.m. Ticket prices are $15 for adults and $8 for youth ages 4 to 22. Discounts are available for students, seniors, active duty military, veterans and groups of ten or more. Admission is free for children under the age of three. The ticket price includes admission to the Mississippi Civil Rights Museum, the Museum of Mississippi History and all special exhibitions. Admission is also free on Sunday. Museum hours are Tuesday through Saturday from 9 a.m. to 5 p.m. and Sunday from 11 a.m. to 5 p.m.

TECH JXN will partner with Visit Jackson for a three-day event highlighting the best of Jackson tech, film, music and food from Thursday, Sept. 23 through Saturday, Sept. 25. Events will take place at the Jackson Convention Complex Thursday and Friday and at the Mississippi Museum of Art on Saturday.

The TECH JXN event will focus on senior high-school students as part of an overall workforce initiative to educate students and fill jobs in Jackson and beyond. The event, which will also feature a college and career fair, is open to the public.

Seniors will be able to attend any two out of eight workshops during the event, all of which will cover four pillars of “TECH”: technology, education, creativity and healthcare.

The college and career fair on Friday will feature representatives from Mississippi universities and corporations as well as City of Jackson officials, to potentially fill hundreds of jobs, a release from TECH JXN says.

TECH JXN will also include a “film academy” to educate attendees on the growing film industry in Mississippi and possible careers in the field. Attendees can create their own one-minute films to showcase what they have learned. TECH JXN will premiere the student films at the Mississippi Museum of Art on Saturday, Sept. 25.

Due to COVID-19, the event will adhere to local guidelines to ensure the safety of all in attendance, meaning all attendees must wear a face covering at all times.

"All my life my family and I have known that we live in a state where obesity and associated health problems are a serious issue in many communities, especially in places like West Jackson," Deans says. "We love our deep-fried foods with gravy here, but those kinds of things hurt us in the long run, so my family and I wanted to offer up a healthy option here on this side of town. Now, people in West Jackson won't need to go to Clinton or Flowood to find a healthy meal at a fair and affordable price, made with only the things they want in it."