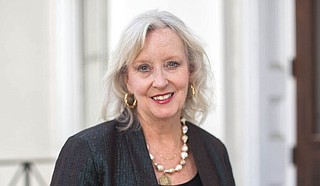 At a special city council meeting on Tuesday, Jan. 11, the members also approved resolutions for funding for erosion control control and police and fire departments’ equipment.

Parks and Recreation Director Ison B. Harris, Jr. told the city council before the vote on the multipurpose turf field funding that the request is for $1 million each for VA Legion Field and Sykes Park. "We're going to need more money going forward," he added. "But the money that would be allocated for Sykes Park will cover what we need to do there."

In the 2021 legislative session, the City succeeded in getting a bill passed for a carveout in the constitution to allow, for a limited time, a program of debt forgiveness for water bill indebtedness in the City. The bill sunsets this year.

On Tuesday, the city council voted to support legislation that would extend for another two years "the authority to enact rate structures and customer affordability programs to assist low-income customers and to generally allow for the adjustment, release, or extinguishment of indebtedness from a customer's water, sewer, and sanitation bill under certain circumstances."

Mayor Chokwe A. Lumumba said in July 2021, at the launch of the program, that the solution is necessary to rectify the water-billing debacle the City faces.

"​​We know that we have had failed equipment and failed devices, which has translated into billing challenges across the city," Lumumba said at a press briefing, "It has led to not only challenges with our residents, but it has led to challenges for our revenue within the City of Jackson."

Based on the mayor and Mississippi Public Utility Staff Executive Director Sally Doty's plan, those who qualify as low-income earners will pay their current bill for three months and pay an additional $10 over that for the next 24 months to set aside the remaining debt. Those who do not qualify for that plan will pay the current bill for three months and 40% of the deficit over 24 months.

The city council also supports a request for $4 million for "erosion repair and control of White Oak Creek from Old Canton Road to Atkins Village Boulevard."

Ward 1 Councilman Ashby Foote said the Hinds County Board of Supervisors will also be seeking $4 million for the Creek "from Atkins Boulevard all the way over by Tougaloo and up to that county line."

After repeated passage failure at the Mississippi Legislature, the City of Jackson is again pushing for creating a Land Bank. The resolution the city council passed on Tuesday says the Bank is "for the purpose of acquiring, managing, maintaining, and facilitating the redevelopment of underutilized, vacant, blighted and tax-delinquent properties."

Last year, the bill sponsored by Rep. Earle S. Banks, D-Jackson, died in committee. The same thing happened in 2019 and in 2020.

Thousands of buildings and properties are unoccupied in the city, contributing to blight, and the mayor has touted the creation of a land bank as a mechanism to address the program.

At a press conference in March 2021, Planning and Development Director Jordan Hillman said that if approved, the bank will assemble, temporarily manage, and dispose of vacant land to stabilize neighborhoods and encourage urban property reuse or redevelopment.

"It will purchase properties that have been foreclosed upon and maintain, assemble, facilitate redevelopment of, market, and dispose of the land-banked properties," she explained. "(We need) assistance with land bank legislation to allow for creative reuse of property held by the Mississippi secretary of state as tax-forfeited land; there are currently over 2000 properties in Jackson in that database."

On Tuesday, Ward 6 Councilman Aaron Banks suggested asking other municipalities in the State who are facing similar problems to support the bill.

"I will say that I think that it is important that we take the opportunity to talk to some of our colleagues in other cities, because from what I've heard, there is some appetite with some particular cities (with) a similar problem," he said. "I think that we could be successful if during this legislative session we talk to our other colleagues-mayors and tell them that we need them to push this."