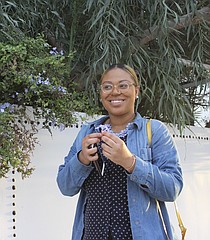 Lee Vance, who retired as chief of the Jackson Police Department in December 2017 after 30 years on the force, has filed to run in the 2019 Hinds County sheriff's race.

With 84 Homicides in 2018, City Hopes to Stem Violence With New Cops, Strategy

The City of Jackson ended the year with 84 total homicides—a 30-percent increase over 2017's year-end count of 64.

At a judicial swearing-in ceremony on Dec. 27, Senior Circuit Court Judge Tomie Green recalled times in her two-decade tenure on the bench where no one else looked like her. That day, however, after she and Circuit Court Judge Winston Kidd took their oaths for another term, the longtime judges swore in three newcomers: Former Hinds County District Attorney Eleanor Faye Peterson; outgoing Mississippi Rep. Adrienne Wooten, D-Jackson; and Johnnie McDaniels, the former executive director of Henley-Young Juvenile Detention Center.

Down a long hallway in the Mississippi Capitol, past the grandeur of the multi-story Christmas tree and seemingly state-mandated tinsel decorations, Sen. John Horhn, D-Jackson, convened a meeting on Dec. 18 to go over the findings of the ill-performing Jackson Convention and Visitors Bureau, also known as Visit Jackson.

At the midpoint of this school year, approximately 44 percent of high schoolers in the Jackson Public School District are labeled as truant, meaning they missed five or more days of school with no excuses, data from JPS show.

Jim Hood, Mississippi's attorney general and a 2019 gubernatorial candidate, filed an appeal on behalf of the state's 15-week abortion ban on Dec. 17, about a month after U.S. District Court Judge Carlton Reeves blocked it.

The City of Jackson's customer-focused process of offering payment plans to beleaguered Siemens Inc. customers since April has not yielded revenue at a quick enough rate to fill the massive $10 million to $20 million deficit due to kinks in the billing system.